They performed a duet on Lennon’s 1974 hit “Whatever Gets You Thru the Night”, which the pair performed live at one of John’s concerts in the same year, together with two other songs.

As part of Elton’s 1982 “Jump Up!” tour, Elton John performed “Whatever Gets You Thru the Night” live at Madison Square Garden, with Lennon’s widow Yoko Ono and their son Sean in the audience. Elton is also John Lennon’s son’s (Sean’s) godfather.

now one of the greatest moments of my life

not only in just my musical life

but my personal life

was in this very building

someone came on stage

and sang 3 songs with us

and I’d never heard a reception

of the most deafening roar

and that person was very special

and of course you know

I am talking about John Lennon

so, I wanted to do

because every time I play this building

I think of him

and how much I miss him

and how much he enriched all our lives

so this is a song called 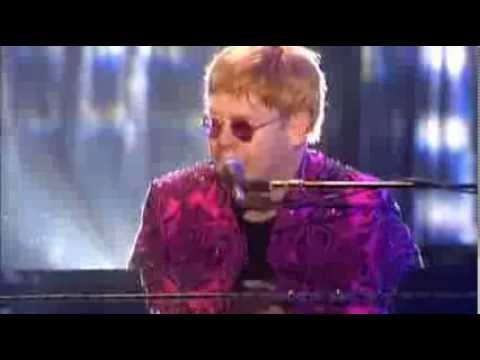 John B. Whalen, Jr., JD., LL.M., is an AV Peer Review Rated Preeminent 5.0 and Avvo Rated 10.0 Superb (obtaining over 95 client reviews and peer endorsements) premier and prestigious Attorney and Counselor at Law. He is featured on AV Peer Review Rated Preeminent 5.0, Avvo Rated 10.0 Superb, Avvo, Justia, Lawyers, Martindale, Nolo, and Quora. He is located at 1199 Heyward Road Wayne Pa 19087. He serves all surrounding counties, on all 7 days, from 9:00 AM to 10:00 PM, and on evenings, weekends, and holidays. He provides free initial consults all seven days, provides home visits, and provides flat fee structures. He can be reached by email at jw60297@me.com, and by telephone at 1-610-407-0220. He has amassed over 60 prestigious and premier professional awards and over 5000 client reviews and endorsements. Mr. Whalen has achieved the AV Peer Review Rated Preeminent award from Martindale, AV Peer Judicial Preeminent award, the Avvo Rated Superb 10.00 award, the Avvo Rated Top Lawyer award, the Clients’ Choice Award, and the Top One Percent (1%) award. He is the recipient of the Legum Magister Post-Doctorate Degree (LL.M.) in Taxation (from the Villanova University School of Law), a recipient of the American Jurisprudence Award in Wills, Trusts, and Estates (from the Widener University School of Law), and a recipient of the ABA-BNA Law Award for Academic Excellence (from the Widener University School of Law).

This site uses Akismet to reduce spam. Learn how your comment data is processed.